Our GMBAers decided to get their game on early November and organized a fun mixer party between our National Taiwan University GMBA students and the National Chengchi University IMBA students. The event took place on the 7th of November 2020 from 7pm to 10 pm at the “Continue? Gaming Bar” located at the Zhongshan District.

This was this year’s first event that put the two programs together, which was made possible thanks to a great job from the Student Council members from both universities.

The event was a chance for all students to get to know the great international MBA community in Taiwan through laughs and cooperation. All students were given a name tag that also stated the program they were in so that students could get to know each other. The bar offered a wide range of games from PlayStation 4 and the Nintendo Switch, which were accompanied by refreshments and finger foods to get the festive mood started. The cooperative games were an unusual way for the students to mingle but resulted in a great environment of openness and joy throughout the venue.

“It’s great that we got to interact with NCCU students in a very casual and fun setting, without the formality of usual networking events”, said Vanessa, a member of the NTU GMBA Student Council.

The Student Council members also organized a fun trivia quiz with Kahoot that offered prizes of Sogo coupons as well as extra beverages for the top three winning teams. In order to further promote the purpose of the mixer, the rules stated that students had to get in teams of four with two members from each university. All members participated and got good laughs at the quiz questions and some outrages about which one was Taiwan’s national food, stinky tofu or beef noodles.

A group picture was taken to commemorate this day, with members holding up banners representing their respective MBA programs. There were 25 open slots for each university but the tickets sold out fast leaving many looking forward to the next mixer event.

“I thought it was cool that we saw so many countries represented across two different schools” said Hana, the NTU Student Council Vice President. 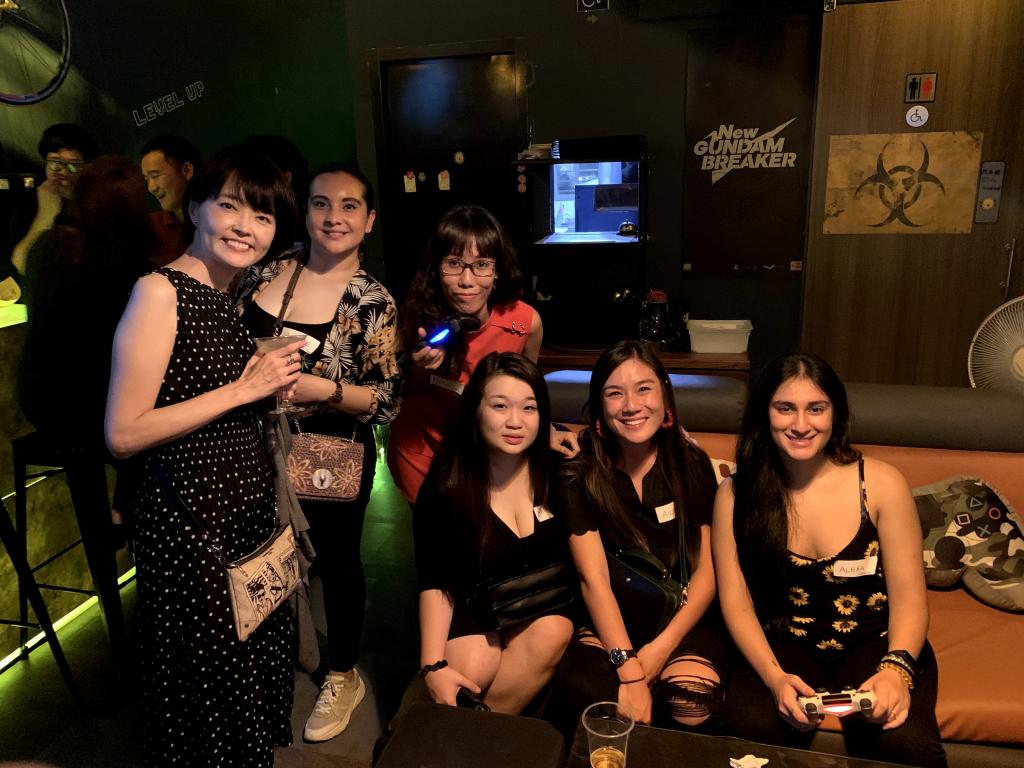 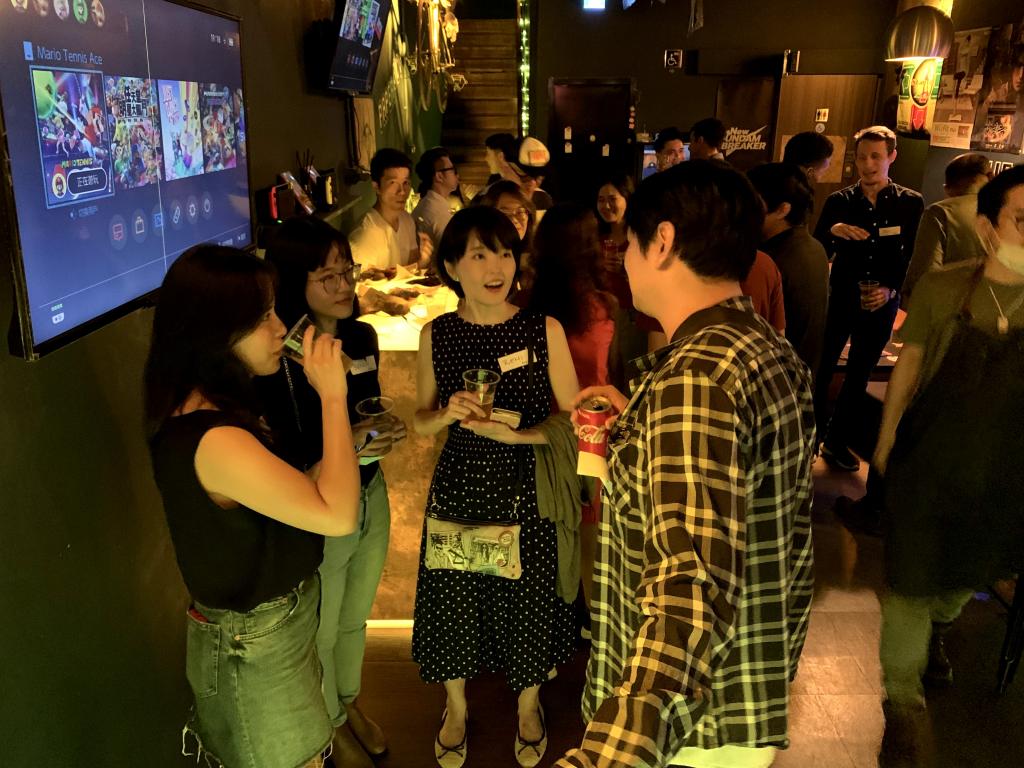 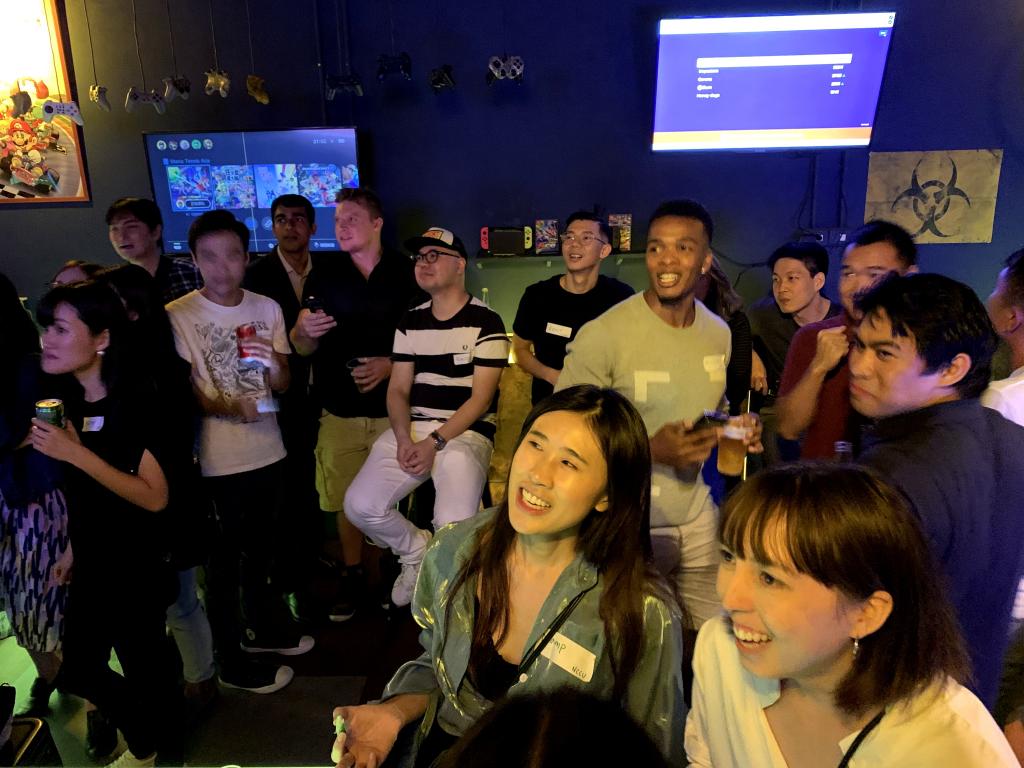 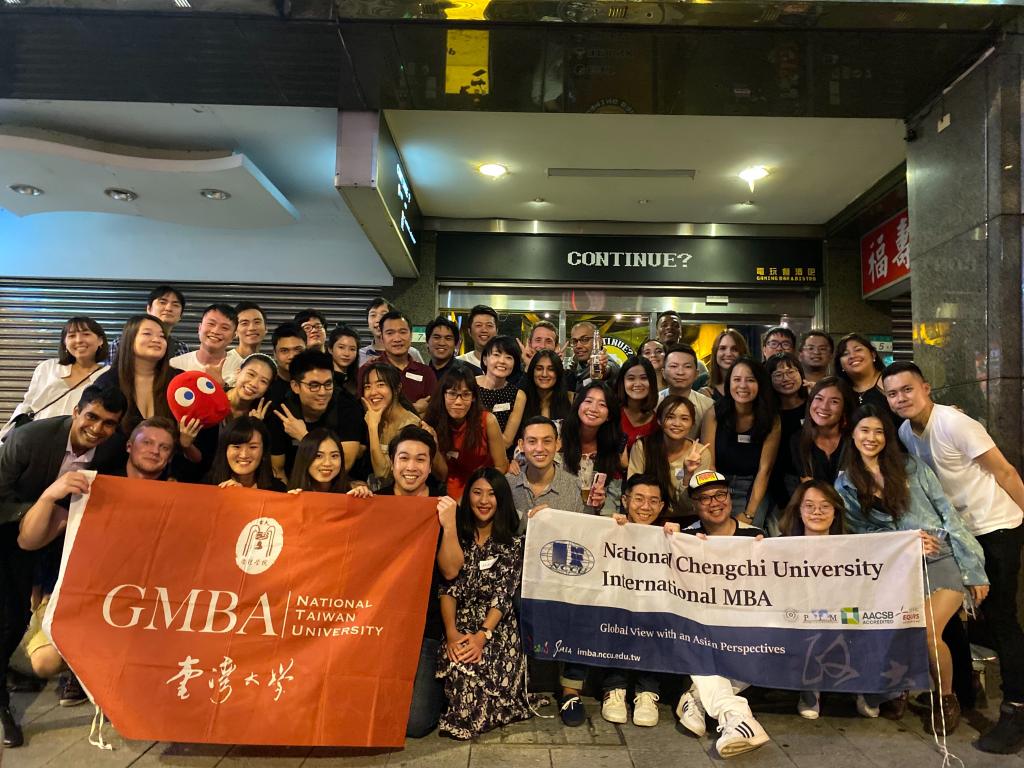