On the evening of November 9th, the second-year GMBA students hosted an “after midterm potluck” at Darts Gym – an event aimed at giving the first-year students a chance to unwind after two gruelling weeks of midterms. The potluck brought together current GMBA students and alumni along with their friends and partners.

It is hard to imagine a potluck without pizza, sushi and local Taiwanese snacks; however, since this was a GMBA potluck, we also had savoury, exotic dishes such as  spicy Indian “chicken tikka”, Austrian “pumpkin seed oil dip”, and a variety of Korean dishes. There were also mouth-watering desserts including cakes, brownies, tarts, candies, and gummies, to name a few. To add to the fun, the establishment itself also provided a wide variety of booze to choose from!

Since it was organized at the Darts Gym, people socialized over darts. Those who were darts savvy had a chance to show off their skills while the amateurs did the best they could. Overall, it was a great opportunity for GMBAers to fraternize and de-stress – and they definitely made the most of it. 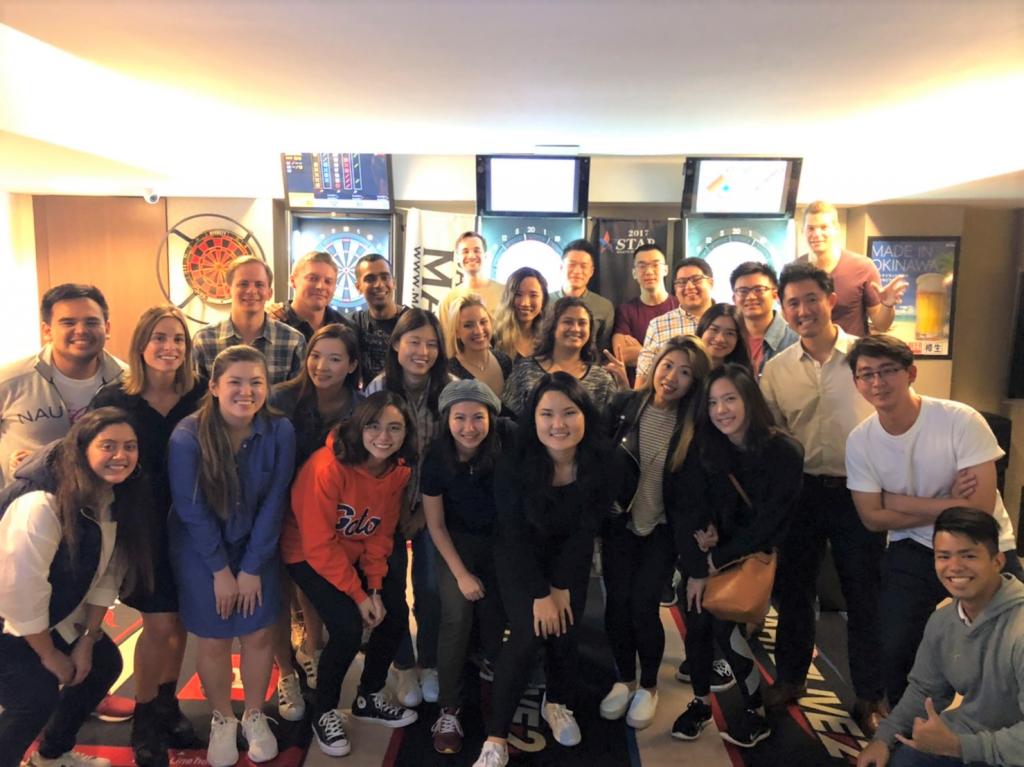