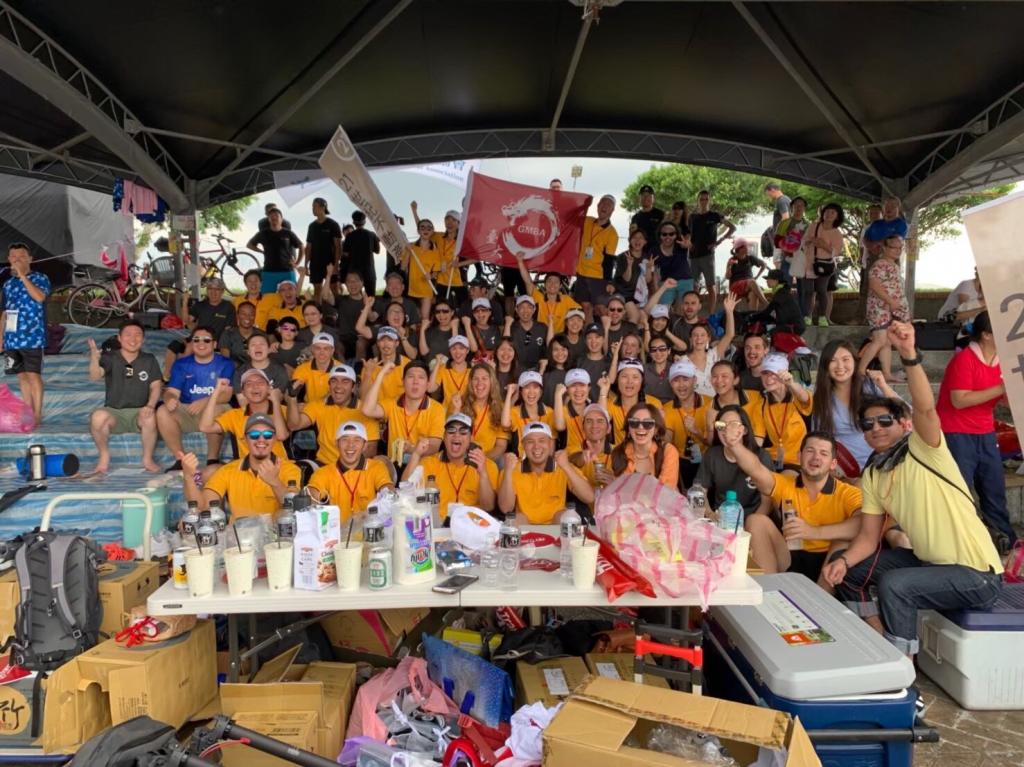 June 7th dawned hot, humid, and brimming with potential for the more than 200 teams set to race in Taipei’s annual Dragon Boat Festival races. In their midst was National Taiwan University’s own Global MBA team, ready for another year in the water, this time competing in the All Men’s Standard Boat field. The team was able to train for weeks before the big day, thanks in great part to generous sponsorship by both Transcend and CENTURY 21 Taiwan. This year’s crew included returning members from last year as well as a batch of newcomers, who set their minds and bodies to the task of learning the ins and outs of dragon boating from scratch.

While many teams aim to paddle their way to glory, GMBA’s own team focuses more on team-building and experiencing this one-of-a-kind event here in beautiful Taiwan. Many GMBA students come from other countries, and the races are the first time they have seen real dragon boats. It is a real thrill to paddle in the races, surrounded by cheering crowds who have come from all over the world to urge on the competitors.

This year, the GMBA team found itself in a tough heat. The race included two of the top teams in the overall races, against which the GMBA team finished with a respectable time. The GMBA family, joined by the president of CENTURY 21 Taiwan, watched from the side-lines, pushing the team on. When all was said and done, the paddlers and excited supporters felt that they had succeeded in what they had set out to do and celebrated in style. Setting the tone for the afternoon’s revelry, GMBA Director Charlie Chen ceremoniously smashed a huge Taiwan watermelon with his head and congratulated the team on a job well done!