Saturday, May 5 dawned cloudy with tell of heat to come, and at Taipei Main Station, four first-year students from NTU’s GMBA gathered to challenge themselves and conquer Northern Taiwan’s 2018 Spartan Race! The group activity, organized by Ester Li, included her as well as Christopher Chen, Lauren Grimm, and Thanyanun (Thanya) Pruekwattanachai. After a quick trip on Taiwan’s high-speed rail and a shuttle to the beach-front site, the crew found themselves face-to-face with music, merriment, and a world of Spartan Warriors! 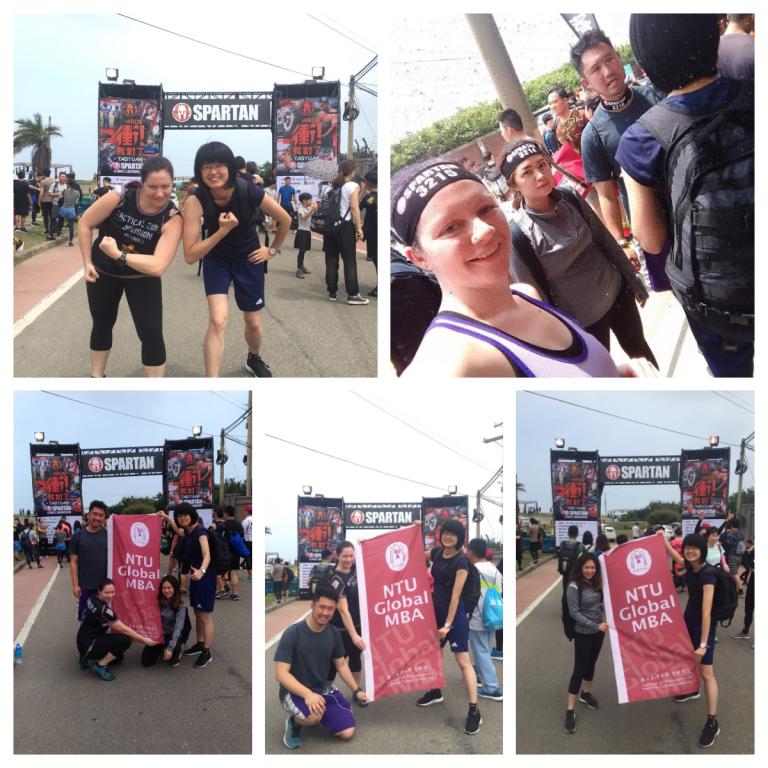 By noon, the sun had burned off the clouds, and the four GMBA Rangers found themselves baking under Taiwan’s fierce sun. They allayed their discomfort with shouts and cheers of “N-T-Who?” / “N-T-U!” to the amusement of nearby Spartans. You just can’t keep good school spirit down.

The event pushed the group to work as a team to get through obstacles that included dead-lifts, water dives, and wall-climbs. In fact, as a group, they only missed one challenge: the javelin throw. So, of course, they did their penance burpees as a team as well.

Ester, Chris, Lauren, and Thanya were proud to represent their school and their department at northern Taiwan’s 2018 Spartan event and hope to encourage more students to get out there, get some exercise, and show their school spirit proudly! 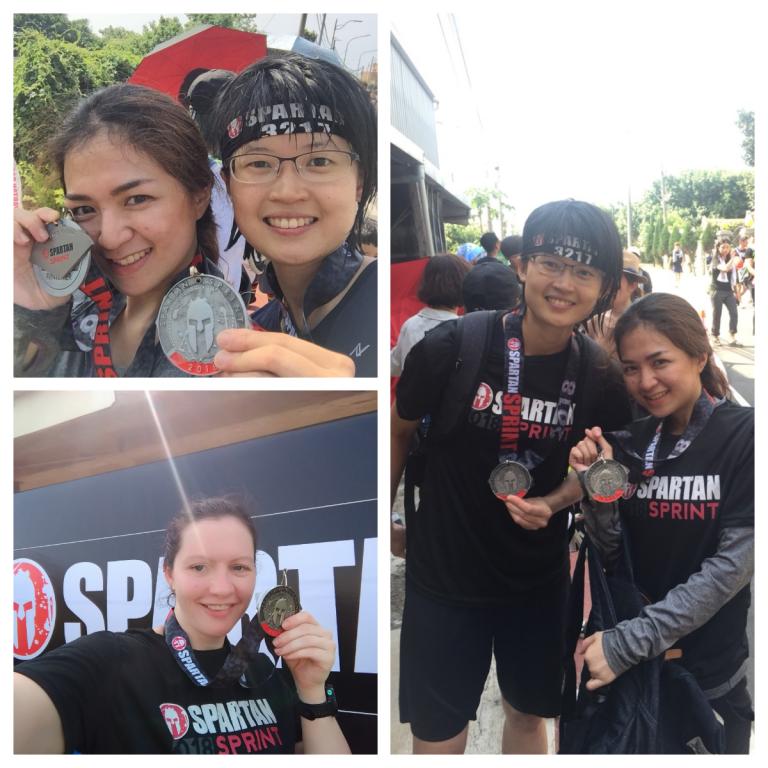